Storyline:  A group of teens head out to the woods for camping and slowly get slaughtered one by one after a woman was raped. 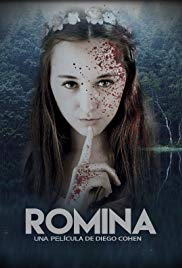 Yes, it one of those films where you cheer for the killer as they are all being slaughter. The problem with the film is all the killing if off scene (I am guessing due to budget) so we only see the after effects. Which is gory but not seeing the acting makes the horror lacking. The ending is a bit strange also but makes sense in the end.  But the characters are all so stupid you want them all to die!

The best scene in the film is the rock to the head scene which was like a GWAR show! The rest is hog ties, stabbings, cut off penis’s, rape, one naked scene in the distance and some missing eyes. Lots of after death scenes.

Rating:  Same old song and dance with this film as we have seen in films like I Spit on Your Grave. The difference is this one does not show any of the gruesome killings, except on time someone is swinging a branch against a tree. The film was not boring but at the same time the characters I hated and could not wait for the film to end.