The Haunting in Connecticut (2009)

The Haunting in Connecticut (2009)

Storyline:  A family move to due to their son’s health and they move into a disturbing haunted area.

Review (Spoils): The Campbell family move due to the sickness of their son Matt (Kyle Gallner).  They move into this charming Victorian home that was once a funeral parlor. They make a rash decision and rent the place because it is closer to his treatment center.  After the first night of being there the presence of others can be felt within the house.

Rating: This film is kind of like a more modern day Amityville Horror film. It’s your typical haunting films with some of the normal scares like bodies behind people and mirrors. Some story as other horror films of this nature as it is supposed to be based on a true event but really think about it… way to many clichés. But for it times the movie is not horrible.

Storyline: Nightmares of a past child killer haunt the minds of the children of the parents that murdered him. 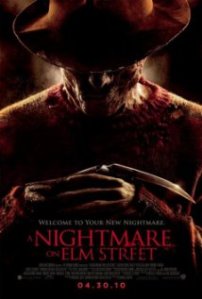 Review (Spoils): Well welcome to remake nightmare hell. It was bound to happen as Hollywood has no originality left in its horror blood stream. The haunting of the child killer Freddy Krueger starts to haunt the minds and dream so teenagers. So we have a group of teenagers that are fighting sleep so that they will not be haunted by the presence of the great glove knife slashing Freddy. There is not much when it comes to character development unlike the original of the series. We have a bunch of insomniac like teenagers coming and in and out of dream sequence that seem to get repeatable with Freddy chasing them. The graphics are to CGI for me as I’m old school when it comes to making something weird and fun. The film adds nothing new that was not done already in the original series, so the question is what is the point of doing the remake then?

I was concerned of a new person taking over the persona of Freddy as Robert Englund owns the role for the last 20 plus years. I was surprised that Jackie Earle Haley did a really good job playing Freddy. He has his own pedophile creepiness about him and his voice fit the part. He was about the only good about the film. We have lots of glove slashes, throat slits, some blood splatter and the typical dream deaths.

Rating: Jackie Earle Haley stole the show on this one playing the pedophile side of the madman Freddy but it was not enough to get past how much you can rip off when doing a remake. Rooney Mara tried and I will take her as the Nancy character over the original (which drove me nuts) but staleness of the characters in general was like paper dolls on the screen. Dear Hollywood stop with the god damn remakes.